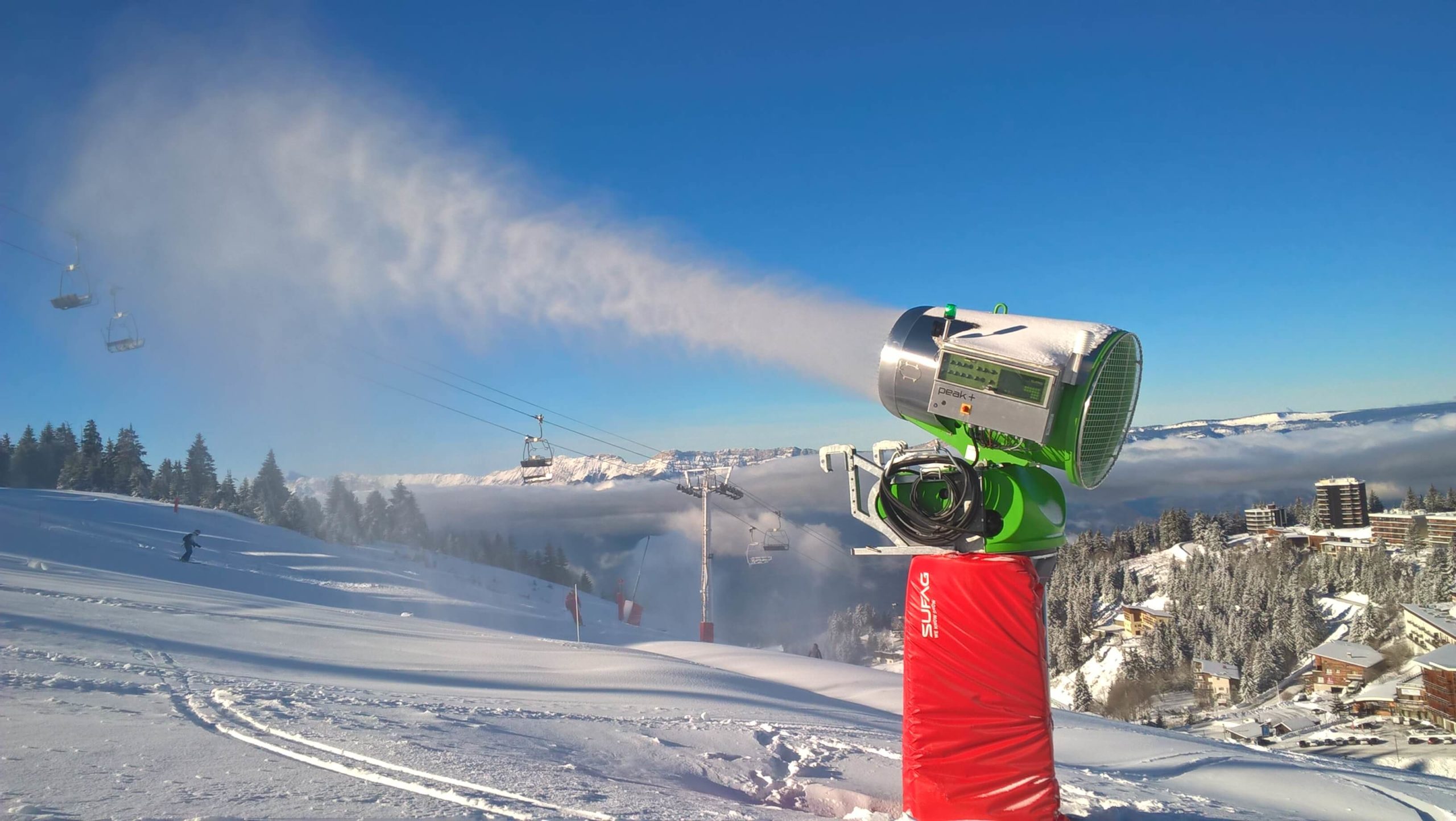 Located 120 km north-east of Beijing on the edge of the Great Wall of China, this new ski area is being developed by Hebei Tourism Investment, the state-owned company in charge of tourism development in the Olympic province of Hebei. MND is currently building a detachable gondola lift and a detachable chairlift for the same resort.

Hebei Tourism Investment, in charge of promoting tourism in the Hebei Olympic region, has ordered from MND SNOW, MND snowmaking business line, and its Chinese partner Beijing Snow Elan, the installation of a complete automated snowmaking solution comprising 120 fan guns and 3 pumping rooms. The total value of this project amounted to over €8m, of which €5m for MND. This multi-year project, which will run until 2022, will begin this autumn with engineering work phase.
The Hebei region is developing strongly and is positioned as one of the most important skiing destinations in China thanks to its proximity to the capital Beijing, but also thanks to the Winter Olympics of 2022. The Golden Mountain resort will be one of the flagship destinations and will welcome Chinese tourists from the Beijing-Tianjin-Chengde area, a total population of almost 40 million people.

The recognized quality of the solutions offered by MND SNOW was major to win this international call for tenders. Operational since 2017 in China, the French Group’s snowmakers have demonstrated their performance, reliability and quality in the extreme conditions of the north of the country, particularly in the pioneering resort of Wanlong, where MND commissioned China’s largest automated snowmaking system in 2018.
MND and Hebei Tourism Investment have already been working together for several years. MND is currently installing a gondola lift and a detachable chairlift in the same ski area, following the contract won in 2018 by its cable transport division, MND ROPEWAYS. Hebei Tourism Investment thus renews its confidence in MND and will thus benefit from the Group’s global offer on the Golden Mountain site.

Xavier Gallot-Lavallée, Chairman and CEO of MND emphasises: “This contract is the fruit of the constant mobilisation of our teams, and I would like to salute their work during this unprecedented period that our companies have been experiencing since the beginning of the year with COVID-19. Already working on the cable transport project on this same site, we are delighted to continue our collaboration with Hebei Tourism Investment to contribute to the development of the Jinshanling Golden Mountain ski area.

Over the past months, MND has been awarded new orders, to be carried out from 2020 to 2022, including cable transport projects in urban and mountain areas, snowmaking projects in the Alps, Japan and China, and services related to the safety of ski areas in Europe, Central Asia and North America. The trust of our clients with these new orders reinforces the group’s global development plan, built around the production of Made in France solutions on our regional territory in Auvergne-Rhône-Alpes and exported to nearly 80% worldwide. »

MND supports its clients and ski area operators in their efforts to reduce their ecological footprint, in particular through solutions to optimise the equipment installed. In particular, the Group is the first manufacturer in the world to have integrated into its snow production management software the functionality to produce clean energy from snowmaking networks. At La Thuile in Italy, MND continues to develop its expertise in the field of hydroelectric production, where it has been very successful. After the integration of two hydroelectric turbines into the snowmaking network, the investment has already paid off with electricity production 20% higher than the snowmaking system’s consumption.