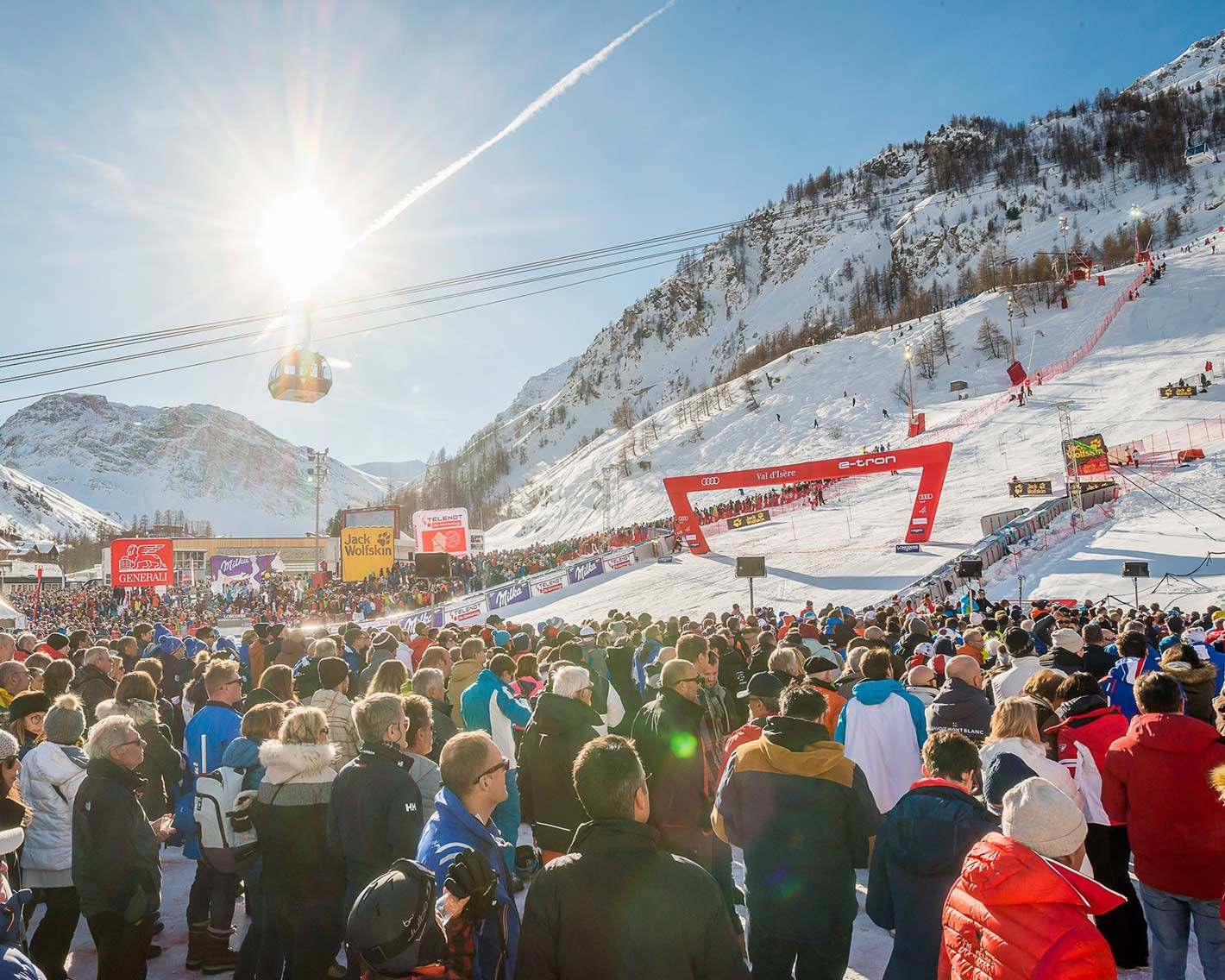 World-renowned for its expertise in the management of avalanche risks, as well as ski lifts and snowmaking solutions, the French industrial group MND (Montagne & Neige Développement) participates in the organization of many sport events in France and around the world.

“MND has accelerated the relocation to France of all of its industrial design and production tools. Today, we are the only French player to be able to offer a global offer to support competition organizers in all aspects of their developments.”, Explains Martin Francou, Marketing and Communication Director of MND.

Competition is part of Group’s DNA through its historic subsidiary MBS, that is how MND has forged a partnership for more than 10 years with the Club des Sports de Val d’Isère, organizer of the Critérium de la Première Neige.

This round of the FIS Alpine Ski World Cup – known as one of the most technical due to the characteristics of its piste – is the kickoff of the season in France.

MND ensures complete security there through the deployment of safety nets, mattresses, competition poles and inflatable protection, working for the smooth running of the race, from start to the finish line.

« The Critérium de la Première Neige in Val d’Isère is a showcase, a world reference. This open-air showroom allows us to highlight all our expertise in safety equipment around a prestigious competition! We have also designed a start house with resolutely modern lines at the heart of the legendary “Face de Bellevarde” piste, from which the athletes set off. The competition is the greatest innovation laboratory to analyze, develop and test our products and technologies. ».

With its many experiences in the field of high-level sport, the MND group has managed to export its know-how beyond French borders.

In Italy, in the famous resort of Cortina d’Ampezzo – which hosted the World Championships in 2021 and which will host the Olympic Winter Games in 2026, together with the city of Milan – MND ensures the prevention of the avalanche risk on the mountain on one of the main slopes.

« In the heart of the Dolomites Natural Park, it was a twofold challenge: to guarantee the safety of the slopes while preserving the ecosystem. Through an avalanche triggering system that uses no explosives – only composed of a gas mixture – we were able to meet this requirement. This innovative patented system designed in France secures athletes, all staff and the infrastructure present in the area. This equipment will protect the station for twenty to thirty years!! ».

A next – generation snowmaking system

The expertise of the French company is not reduced to ski area safety. In La Thuile ski area, in Italy, where a women’s alpine ski world cup round is also being held, MND oversees the snowmaking system this time.

« This snowmaking system is unique. It produces artificial snow for the slopes in winter, and, thanks to an integrated hydroelectric generation system, it also produces electricity the rest of the year! This unprecedented technology demonstrates our ability to develop sustainable and virtuous solutions to support our customers.».

After the successful development of Sochi 2014 Olympics in Russia, for which MND built a chairlift and ensured avalanche safety with 110 GAZEX spread over the competition sites, the French company is also exporting its know-how to Asia, and more particularly in China and Japan, where the development of ski resorts is booming.

For 2022 Winter Olympics in Beijing in February 2022, the French company is present in the Olympic zone with its ski lifts built on various training sites. In addition, in Wanlong, one of the first resorts to open each season in China, the snowmaking system has been fully automated to optimize resources in the long term.

“In Japan, we are present in Nagano 1998 Olympic Games area. The challenge here is to support our client by modernizing the existing snowmaking infrastructure which is now used for winter sports; and in a more sustainable way!”, concludes Martin Francou, Marketing and Communication Director of MND.